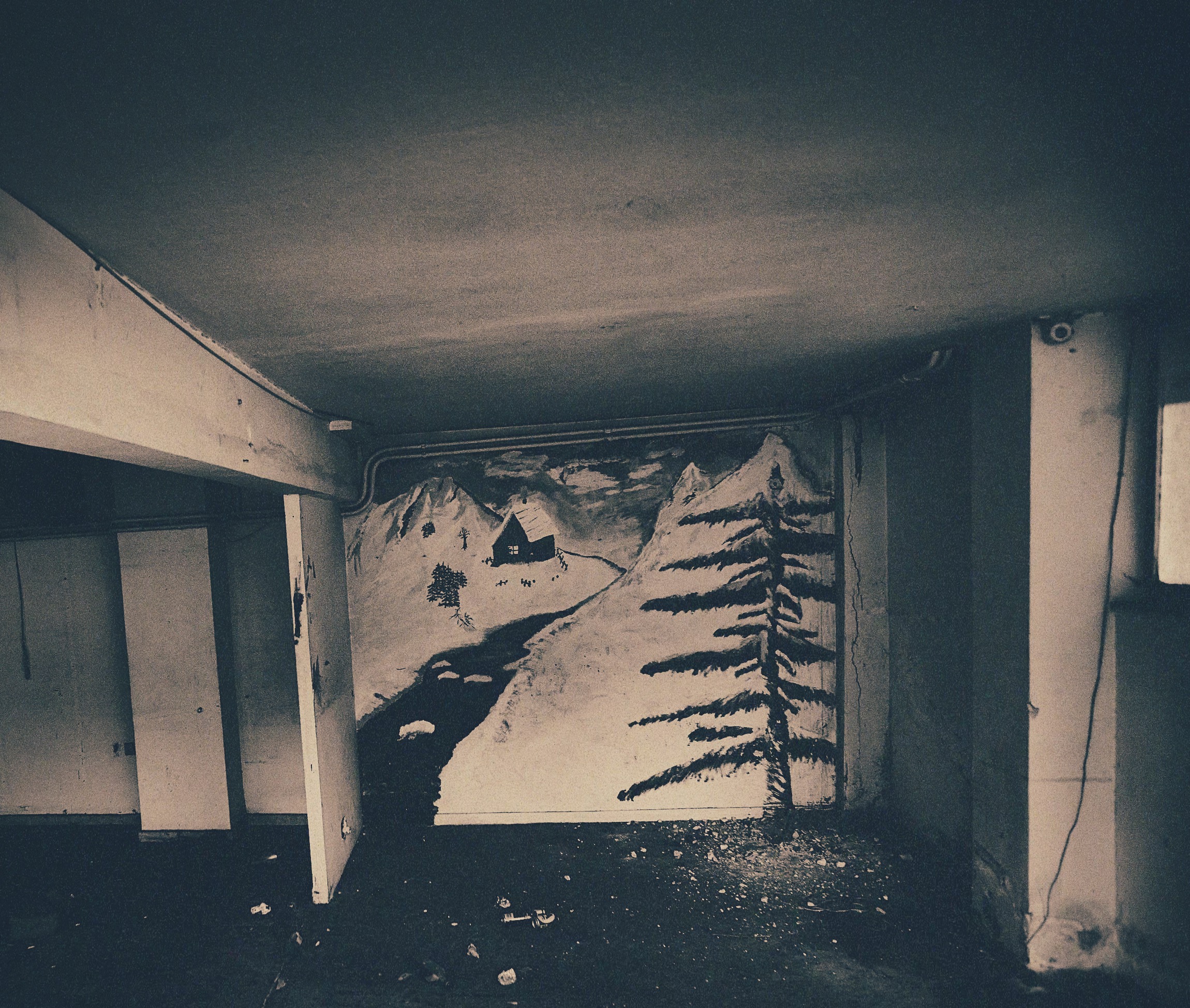 And we ask, where do we fit in? And if the answer was “no where”, where does this leave us? Right here in this backyard-house, the windows dark and swollen with night; the curtains remain closed even at day, the bed with its torn away sheets, the pale stripes of the mattress. We once had a picnic on the floor in the hall, right underneath the attire and a few feet away from the door; a sliver of light crept underneath the door, we had a candle stuck to a tin of tomatoes and spilled on the bedsheets we had draped on the floor lay:

• a hunk of cheese still wrapped in its plastic.

• a can of sardines, torn open

• the pillows we brought here from the upper bedroom (“Let me have that: An upper and a lower bedroom. This is the kind of luxury I always longed for. A lower tract for the servants. A reading room, a room designated to ironing, a botanicum full of orchids, humid, shady, thick with odors.” And he let her have that, they rejected two perfectly good houses that would have lasted their money for two month longer and favored this slightly broken down and overpriced venue.)

• A book. Although he had not yet decided which one: He used to bring three books, as he could never really decide what to read and usually ended up glancing at the headlines of a newspaper he had found in the subway and never touching any of the books he brought and staring out of the window, contemplating the futileness of knowledge. He said: All we ever know is the obvious. And he would not elaborate on that. He said: There is not more to say on that matter. Once you expand you universe by including previously uncharted territory, it instantly shrinks again to the boring old places where you have been over and over. And he then battled this by forgetting: Places that had been in reach, he just would have to extend his arm for it, became wild, broken down and rejected places with no paths leading there.

• sheets of paper, torn and pasted together with tape and glue, piled up in a corner of the bedsheets. He occasionally flipped through these, digesting the world in broken headlines and beginnings of articles. Jump right in. The world is more interesting when fragmented.