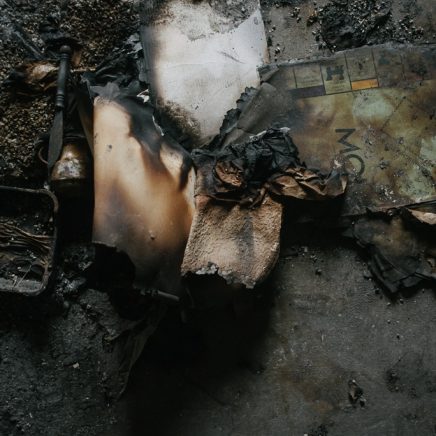 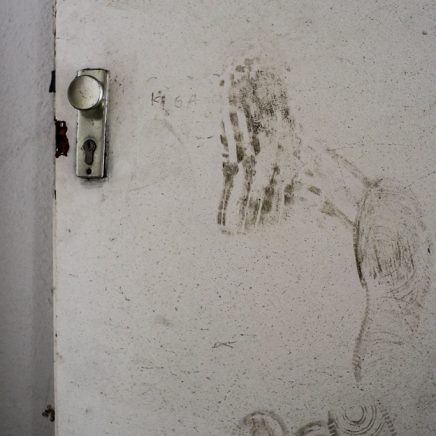 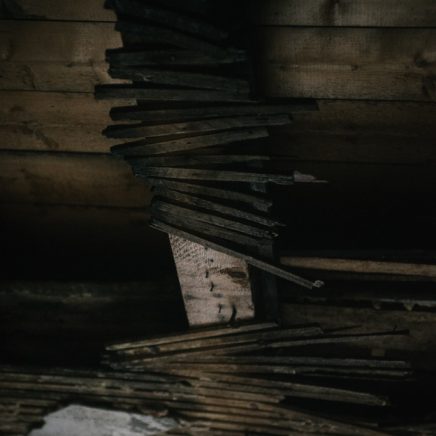 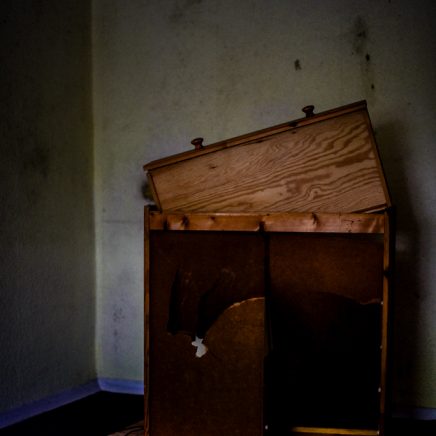 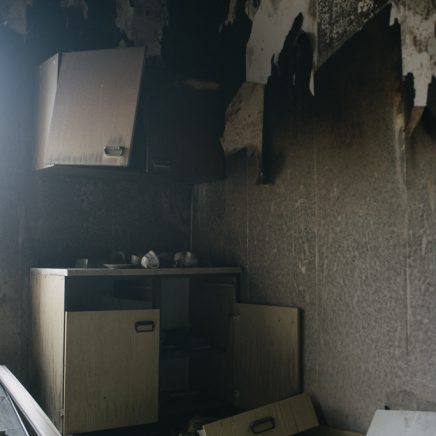 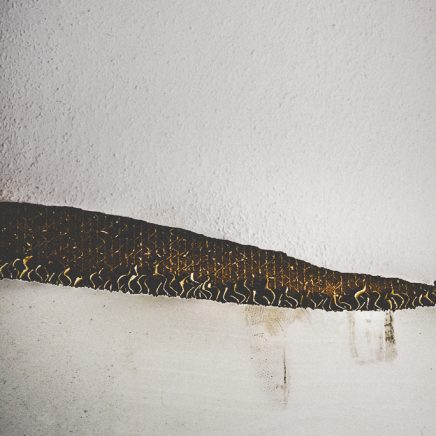 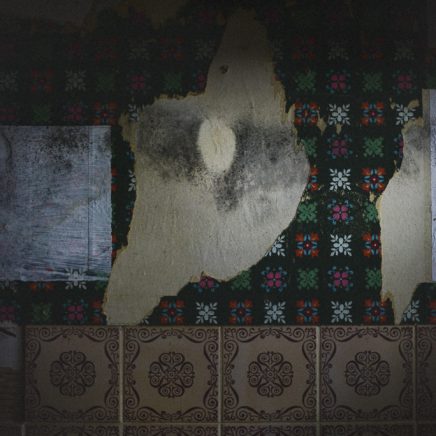 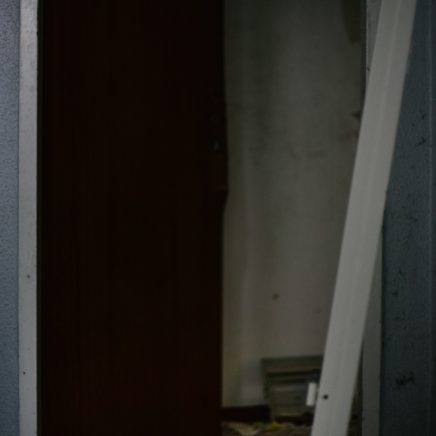 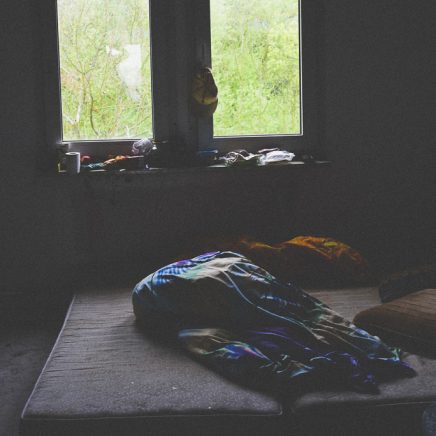 Burning Down The House

Get them out
Ah

Watch out, you might get what you’re after
Cool babies, strange but not a stranger
I’m an ordinary guy
Burning down the house

Hold tight, wait ’til the party’s over
Hold tight, we’re in for nasty weather
There has, got to be a way
Burning down the house

Here’s your ticket pack your bags
Time for jumpin’ overboard
Transportation isn’t here
Close enough but not too far,
Maybe you know where you are
Fightin’ fire with fire, huah

All wet, hey you might need a raincoat
Shakedown, dreams walking in broad daylight
Three hundred, sixty five degrees
Burning down the house

It was once upon a place sometimes, I listen to myself
Gonna come in first place
People on their way to work say baby what did you expect
Gonna burst into flame
Go ahead

No visible means of support and you have not seen nothin’ yet
Everything’s stuck together
I don’t know what you expect staring into the TV set
Fightin’ fire with fire, huah

took on photographing one piece of the mountain that was visible from the terrace of the cabin we had rented. took at least one picture every day, most days around 10 to 15, resulting in around 500 pictures that show basically the same piece of rock.

the weather, the light, clouds passing by, the sun rising behind the mountain and vanishing on the opposite side of the valley.

noticed a tendency to erase traces of human presence from the wilderness: a piece of a cabin opposite to our house, the chimney that appears on some shots; we prefer our nature unfettered from human stains.

the trick to catch lightning is long exposure, not continuous shooting in the vain attempt to trap the lighting in the sensor. It sounds incredibly obvious, once you know it. But here we are, locked in to the pattern of repeated images. So here there are around 40 to 50 images of the dark rock underneath heavy clouds of rain where I tried to capture the lighting. Not only does the lighting not show, but also the thunder that rolled through the valley and rattled our tiny cabin into a vessel drifting through waves of rain and sound does not show up on the pictures.

And did Andy Warhol actually spent the eight hours and five minutes watching the Empire State Building? Or did he have a guy that did the watching for him, the way he had a guy who did his silk screens for him. And if so, would that make a difference? And what would that difference be? And did actually somebody watch all eight hours and five minutes? Or in New York, where you can hire a guy for practically everything, can you hire a guy that watches the movie for you? Will this transform you?

On the second day I climbed on the table behind our cabin to “get a better view”: What exactly does a better view entail? The process of sitting on the porch, looking at the sky and the mountain, jumping up every 5 minutes when the weather changed or a plane passed behind the mountain, drinking coffee at one time, wine at another, missing several shots because we were out or in bed, or the day when I was too tired or too bored too shoot – all this does not show up in the pictures – then how can the pictures be about being there?

the photograph, no matter what its function may be, must be read clearly.

the rock takes up a bluish tone when no direct sunlight falls on it, which stems from the reflected light from the sky above. Direct sunlight from above the opposite mountains goes through different hues from yellow to red and pink: That quality/color of light directly influences our perception how far the mountain is away. Thinking about Fancy’s: “We can move a mountain.”, briefly a hit in the german Single Charts in 2000. In 2013, he participated in the German edition of Celebrity Big Brother, finishing in 7th place. Having things like this in your head, does this change the way you approach landscape photography? (what is the “landscape” in this case?)

the pictures shoot themselves: Once the rule is in place (the camera set up and pointing to the Empire State Building), there is nothing unexpected happening any more. Is that the boring part? Or the exciting part?

and this “rules of production” – this movement to take the author out of the equation: Nakahira’s furor against his own pictures that led him to burning all his Negatives – was that when he realized that he did not succeed in taking himself out of the picture?

and if we make it about these tiny differences in light, exposure, weather, time: does this subvert or enhance the idea? Which is not even an idea, more a tick, a psychological disorder of repetition: When I dream of madness, I fear being locked into tiny fragments of repeating time: three notes of a song I can’t get out of my head (never the entire song), an impossible movement of a knight in chess from a black field to another black field, being locked into a giant fist without the ability to move, every bone constrained, but the pressure neither mounting nor relieving.

Goethe’s Arresting Time and Nietzsche’s Repeating Time – similar concepts or opposing ones? One being the nightmare of the other? 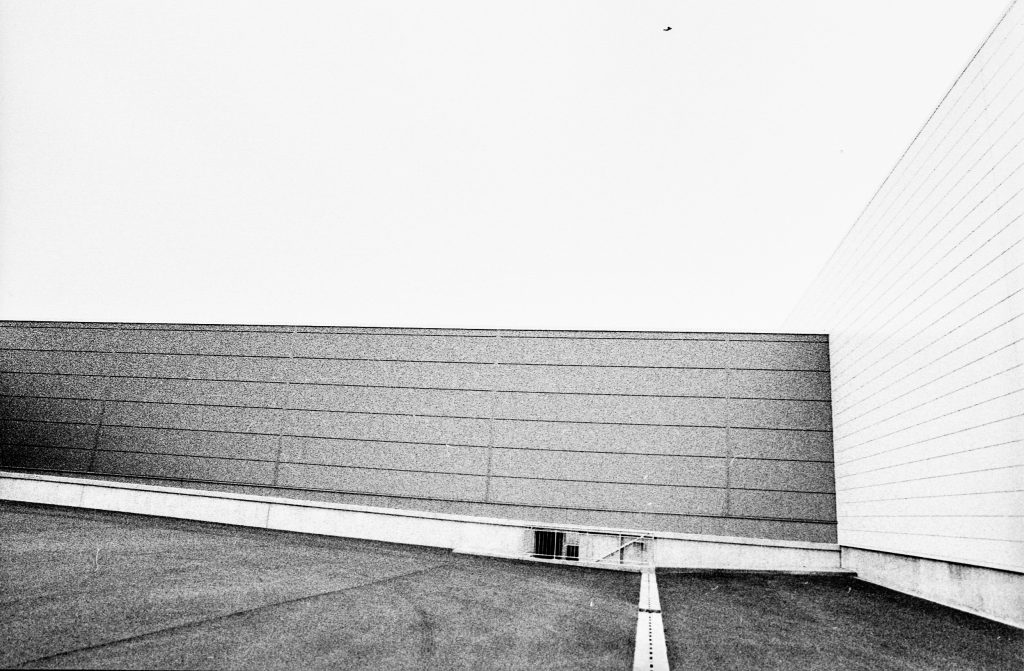 The City as parasitic organism that dwells on people to make them build its streets and houses; But if nobody is happy in the city, who builds them? And for what purpose? The visual and aural onslaught of advertising.Here we are: just prey for the entertainment/consumption-complex.

Kertesz: City as a stage
Atget: People as ghosts haunting the city
Lewis Bush: City as the theatre of capital
Moriyama: City as a libidinal arrangement? Compound? complex?
Nakahira: City as overflow; city as beyond interpretation (or before?)
Lewis Bush: The World(the city) is Ugly/And People Are Sad

Then why do we work on building our own unhappiness? 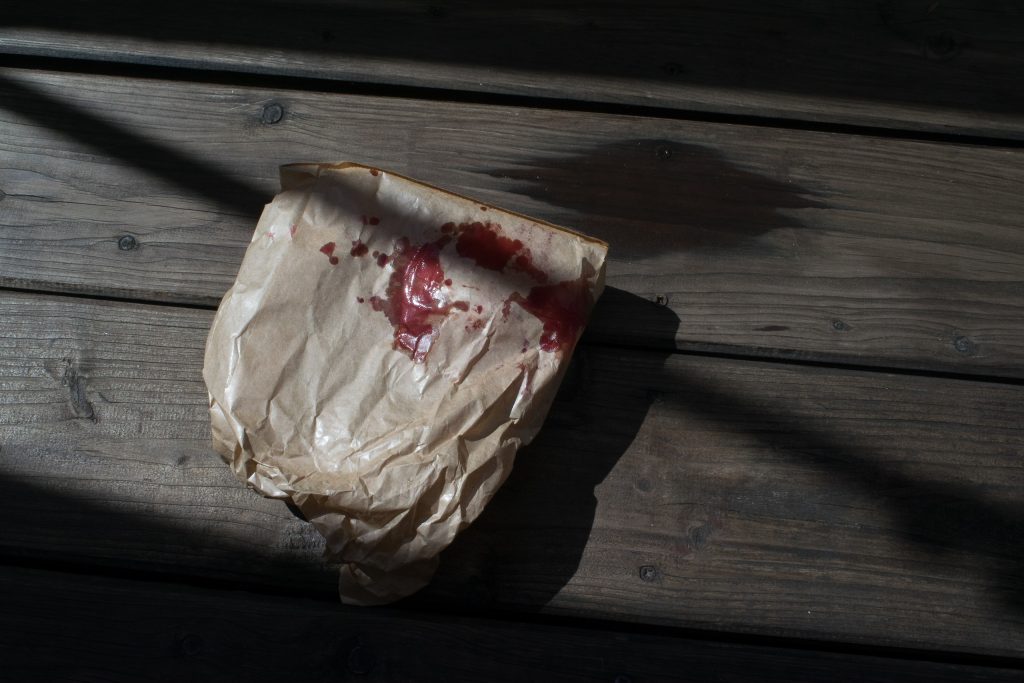 Subject: I do not have enough happiness, passion and warmth. Give me this feeling! 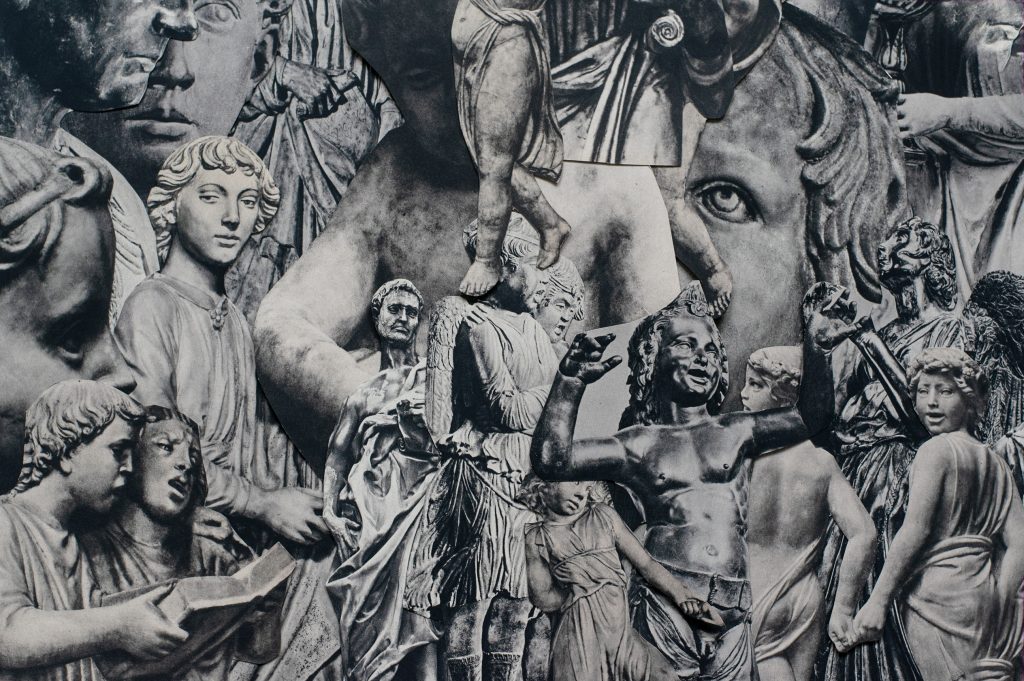 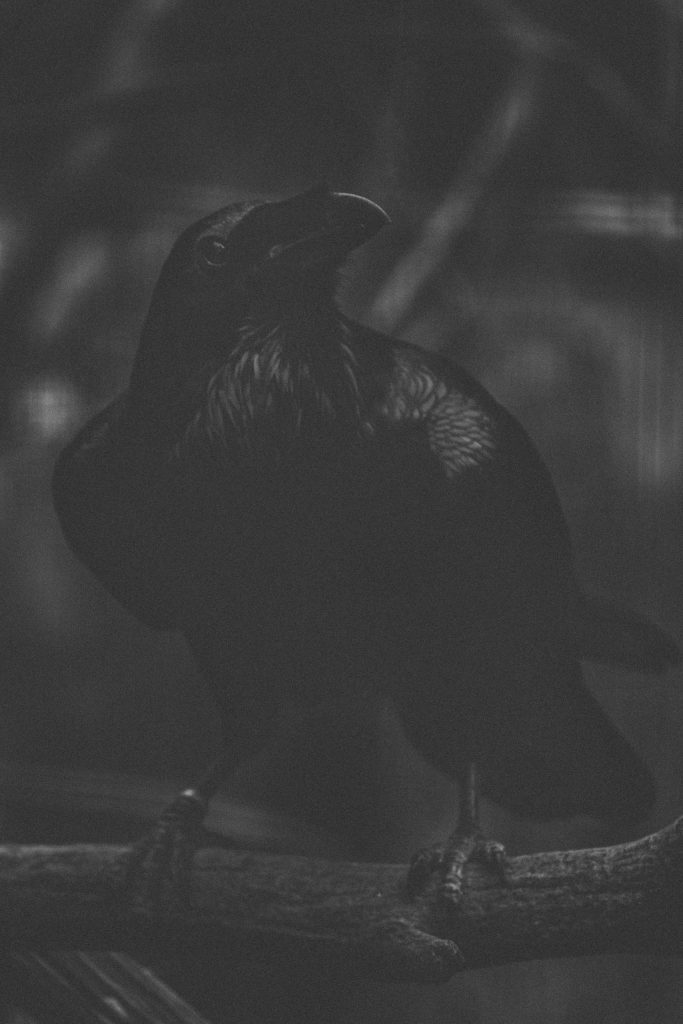 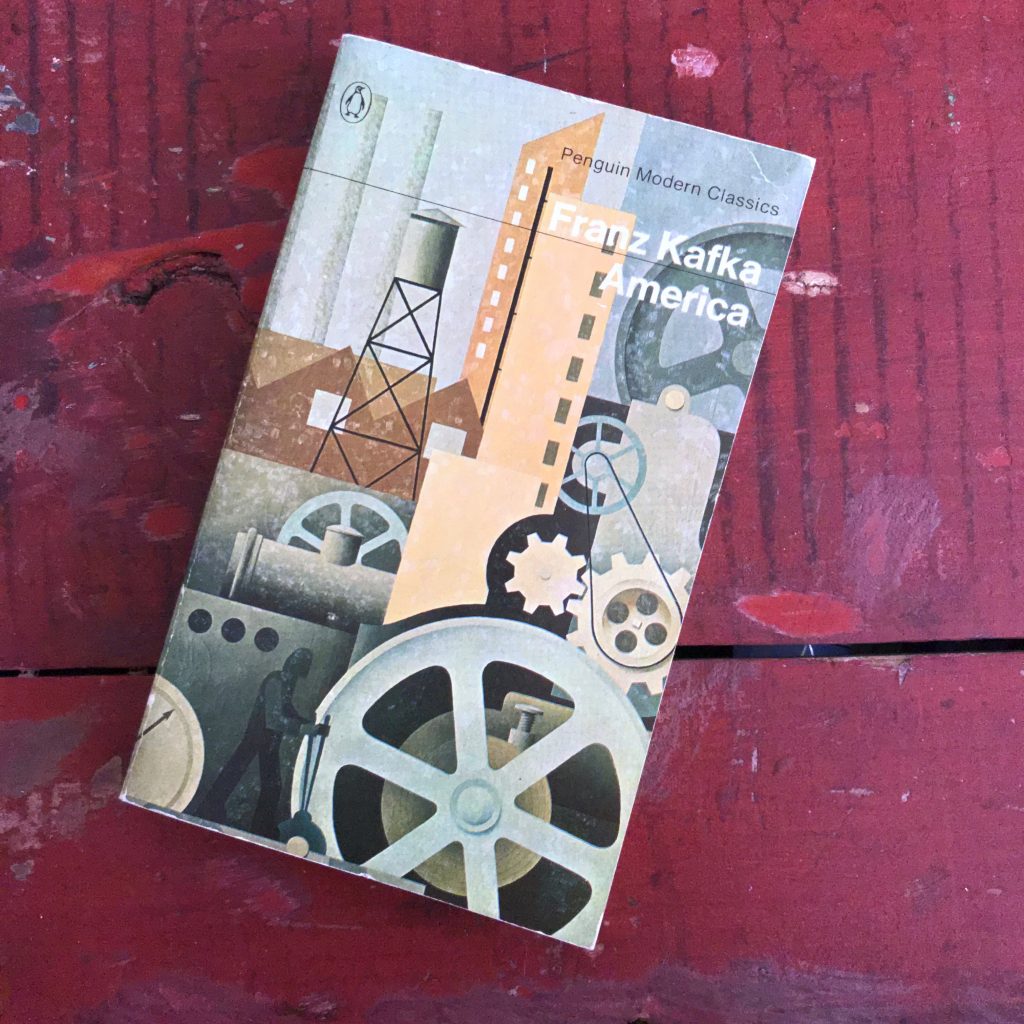 I have this unhealthy relationship to America: It’s like a girl you once fell in love with, hearing hear laugh just sent you straight to heaven and she was the most beautiful being you’ve ever seen. Now that you fell out of love you realise that her giggling is hysterical and she has crooked teeth and what the hell is she doing with that curl of hair all the time?! Everything was all wine and roses, now everything just disgusts me: Which, of course, is more about me than it is about America. 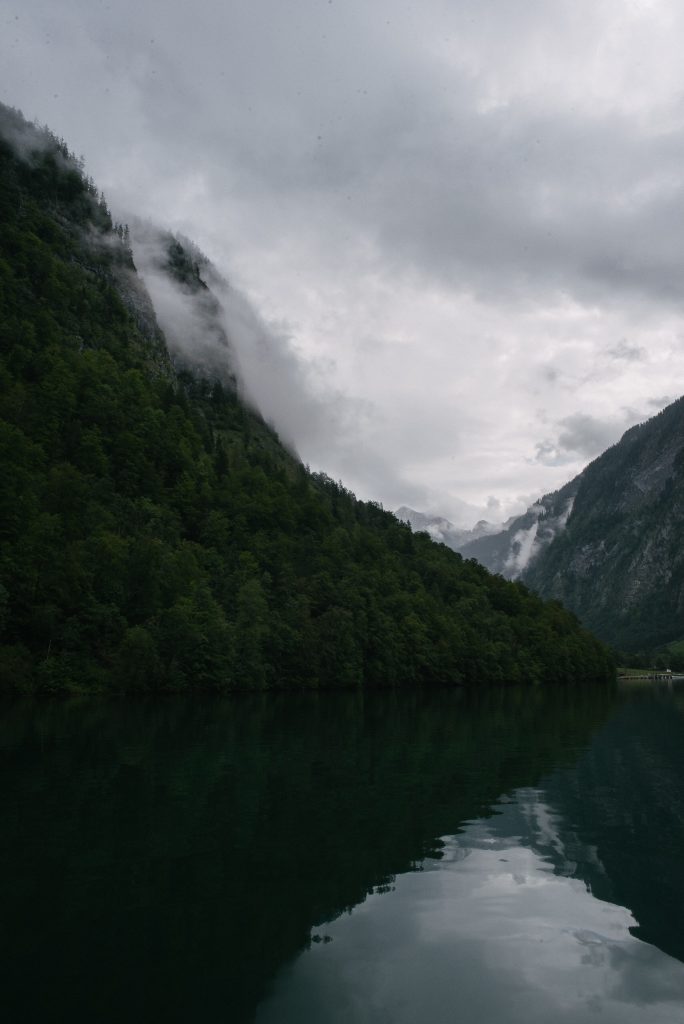 The Summer of 2015 was when Europe started to die. At the beginning I blamed our leaders. I thought, they were corrupt or just too weak and they couldn’t wrestle themselves free from the grip of economy. We blamed the lobbyists. The money. The inevitable force of an economy rolling downhill, crushing every man woman and institution in its wake. That wasn’t it. We fell, yes, but the fall started with a jump.

I was tired most of the time. Although I got up early, I stayed in bed till early noon. I read stuff on the internet. If you’d have asked me five minutes later, I couldn’t have told you what I had read. It didn’t matter. It promised that there will be something good coming up. It was always coming up, it was never here. I didn’t have what I needed. I was missing something. I couldn’t figure out what. I kept on looking. I remember googling if an actress I had loved 10 years ago had had plastic surgery. I had recently seen her on TV again and she looked amazing. I found some speculations, that she had had a nose job done. Or Botox. I examined the footage closely: She barely moved her mouth and all her other features remained still, as if paralysed. I got obsessed with thinking that she had Botox messing up her face. She looked beautiful. She was older now, with her features being sharper, more defined. But she did not look wrinkled. I wouldn’t get into her pants now, not any more than I could 10 years ago. Maybe she looks more ugly when the lights were different and she had rubbed off all her make up. That would at least give me a fighting chance. But not really.

Then I saw her in the trailer of another TV-series. She was running around in her underwear, packing things together, briefly pausing when she pulled a gun out of her socks drawer. I examined my own socks drawer. It contained some socks that did not belong together. But I didn’t have a gun. I have no need for a gun. I wonder, if outside the US or even outside of TV I would ever think I need a gun. Maybe things will change, when Europe collapses. We have to arm ourselves. All our dreams of zombies invading the earth will come true. All the wars that ravage around the world will finally come home. We are no longer the eye of the storm. We are the storm.

So this guy, you know, he is just watching TV and surfs the internet. He isn’t doing much else. He does no longer see the point of doing something else. It gets very cold very quick once the sun has gone down.

There is not even a point in commenting. All that chatter out there, in here it is quiet. It is beautiful. All this quiet.

But the noise will come to you eventually. He spends entire days trying to ignore what’s on TV. He doesn’t look any news. It is not like there is some sort of conspiracy going on. It’s just that the news have gone broke. We all are. We all have conceded to the fact, that knowing about reality is really no help at all. So we deliberately chose to ignore it. This is some sort of progress. Of course, we can’t take everybody with us. Some will struggle to shake free from this ageing concept of truth. We are going liquid. We no longer struggle. Things come easier now. The light vanishes quickly out of the sky.

There is a backroom where we used to play cards. We no longer do that. I lost a lot of money there, I am not very good at poker. My face gives away the luck of my cards. If I got a good hand it shows immediately. I can’t help but smile. When I examine closely: I do not really know what I am smiling about. I do not care too much about winning. I do care about the money. Money is a good thing. Having money is better than not having money. It calms you. It takes away the need of thinking about it. When rich people tell you, that money alone does not make you happy: They are only telling that, to make sure that you don’t come for them and take their money away. They sure look happier than the guy who sleeps in a cardboard down at the station: He rarely moves any more, because what’s the point. In the late morning, he looks out of his sleeping bag at the people walking for work. Rich people don’t do that. 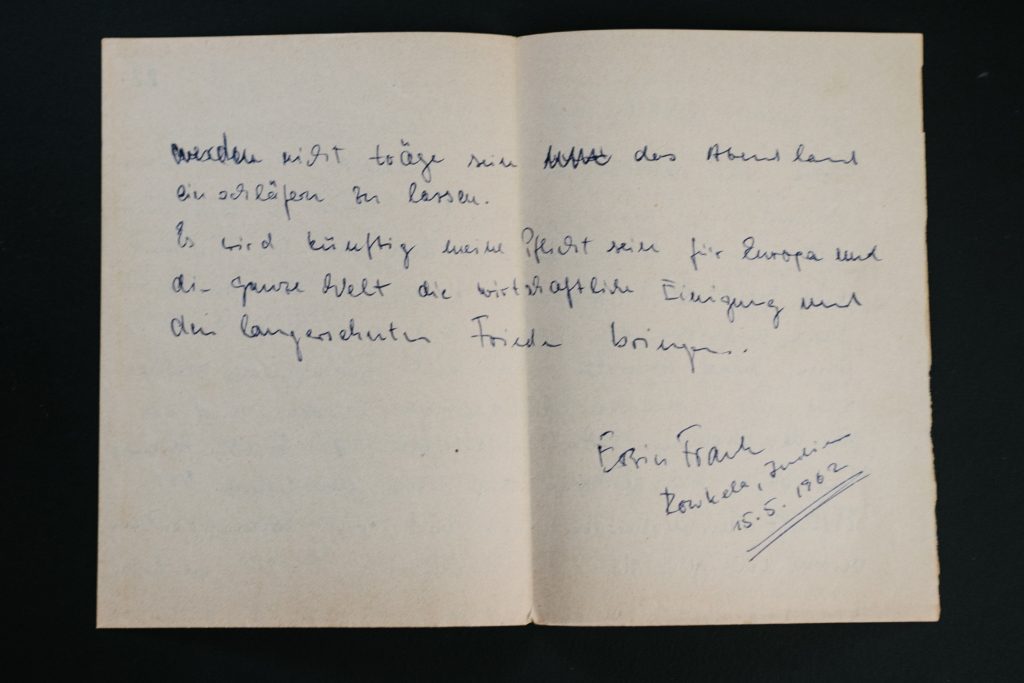